My interest in intense color transfered from ceramic glazes to glass and then I started to use glass as a container for my porcelain figures.  These pieces represent individual stories from Elder Tales that I had read. 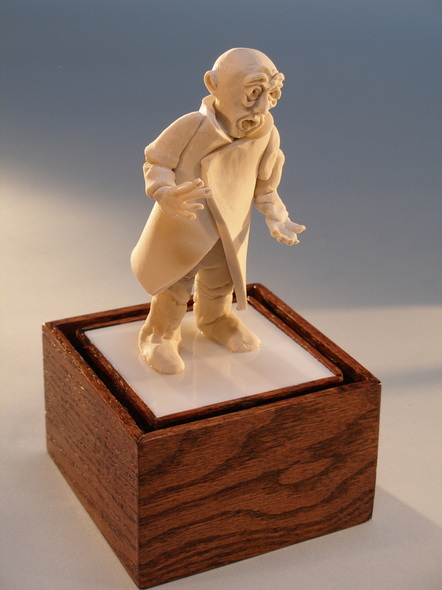 Fortune and the Wood Cutter, glass removed, porcelain figure, 2009
These images of porcelain figures, all about 7 to 8 inches high, are taken with the stained glass covers removed to show the figures.  As the last images show, the glass pieces became very complex and included LED lighting. 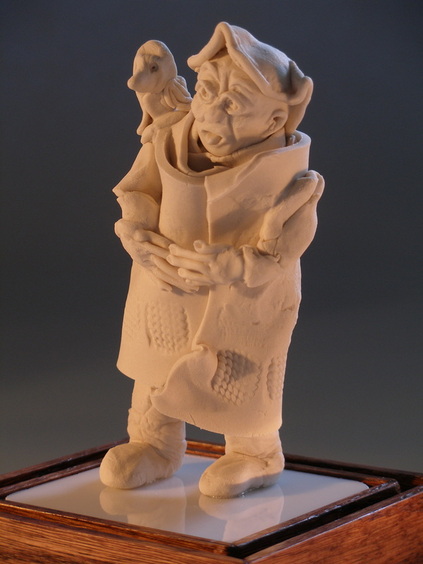 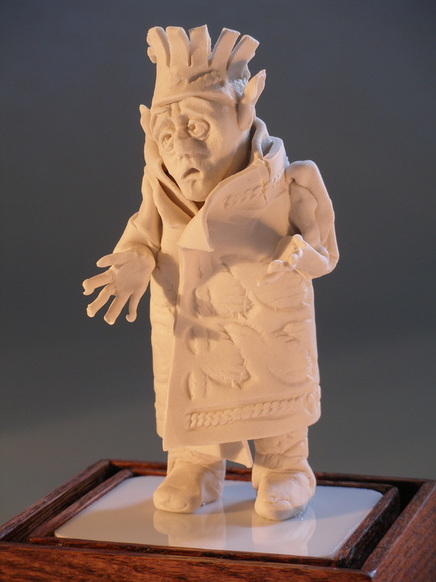 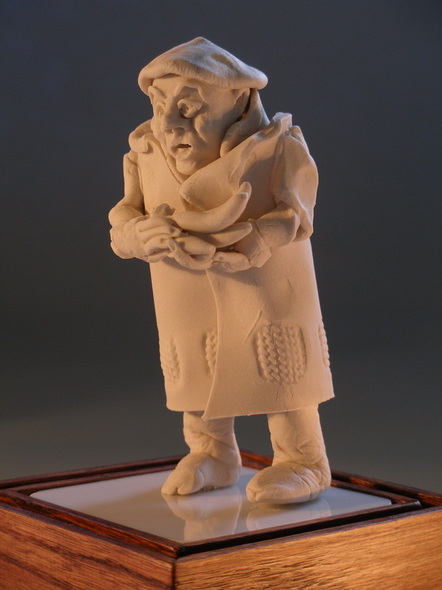 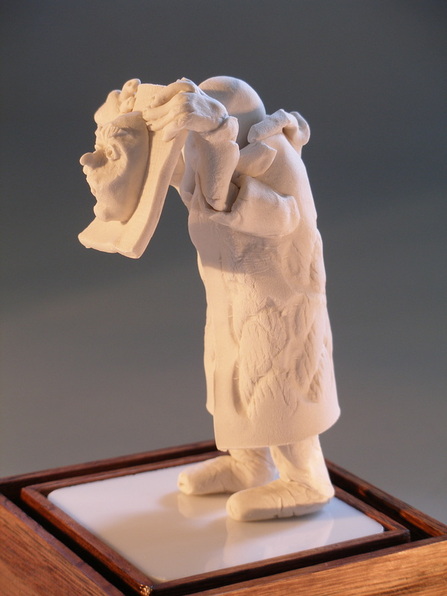 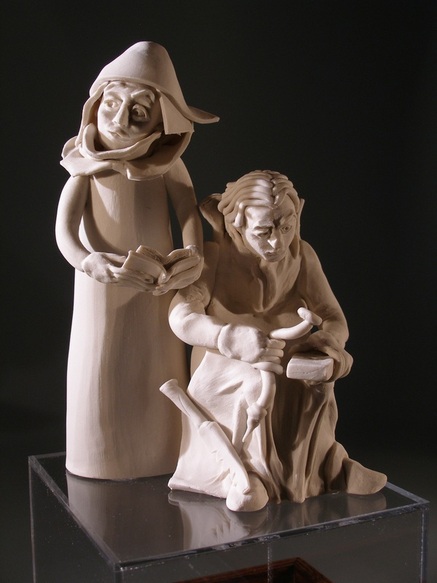 The Annunciation is a major theme in Christian art history.  The Robert Campin altarpiece painting is a favorite of this artist and it is filled with disguised symbolism, for example, the lilies symbolize Mary’s virginity, the hanging water pot and white towel her purity as a vessel for Christ and Joseph building a mousetrap which uses Christ as the bait to catch  Satan.  Numbers, ivy, and crosses are also symbols in this stained glass and porcelain piece.  (See:  Signs and Symbols in Christian Art by George Ferguson, Oxford University Press, New York, 1959.) 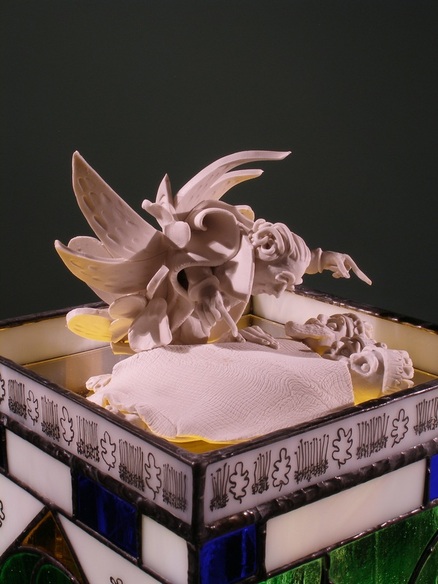 Gabriel & Wise Men, glass removed, porcelain figure, 2008
This is the top part to The Annunciation seen above, with the glass removed. 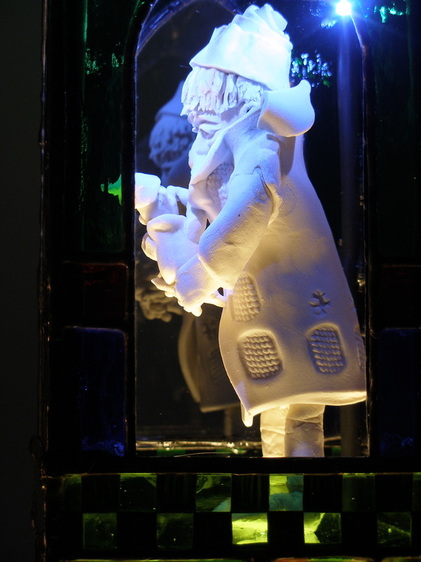 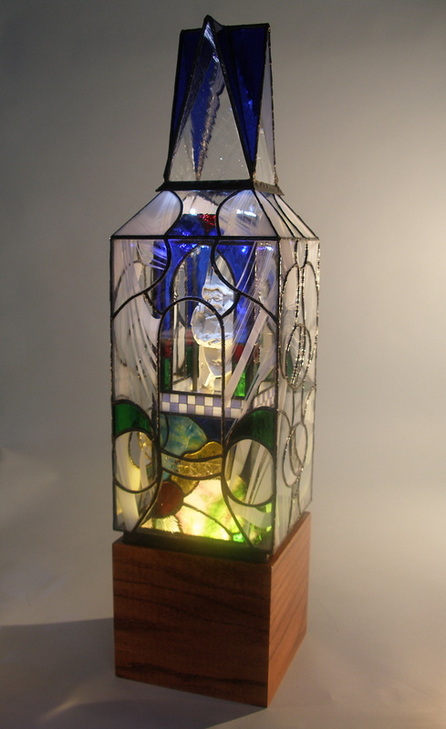 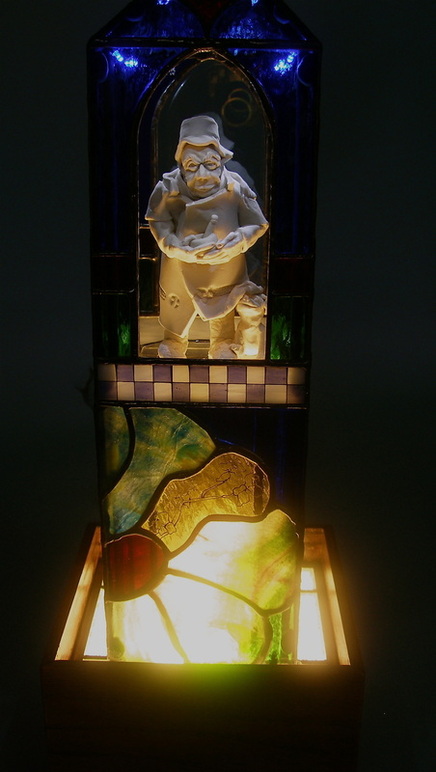 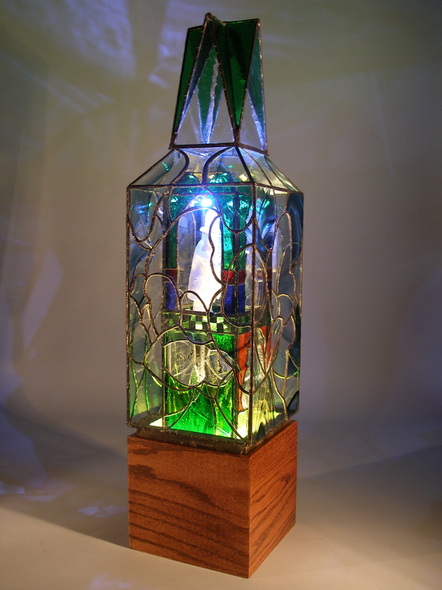 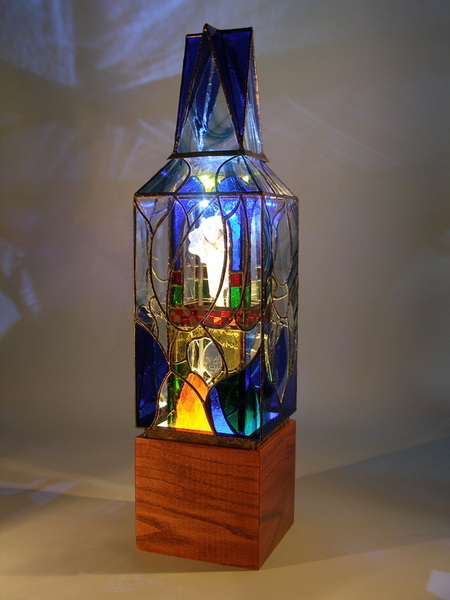 The King and the Ghoul, 32 ¼” h., stained glass/porcelain, 2010
In 2010 I stopped making these pieces.  I would spend three to four months working full-time on one piece and I could not develop a market for them.  They were too expensive, $3000.-$7,000, each and most people had never heard of Elder Tales and had no idea of the significance of the symbolism in such simple stories.