The Turner series is named after Joseph Mallord William Turner (1775-1851) the English painter who created over 19,000 works in his career.  The most important to me are the oils primarily from the last decade of his production.

I saw my first Turner at the Cleveland Museum of Art when I was a junior high school student and I never forgot how exciting the painting was, but the reasons for excitement became much more complicated over the years.  (The Burning of the Houses of Parliament, 1835)

I don’t believe Turner has been given enough credit for his influence on the following several generations of painters.

A number of Turner paintings manipulate color, shape and application as much as Abstract Expressionist painters and they have the same intensity and directness as those 20th century artists but Turner retains just enough representation to keep the link for the viewer between reality and the total non-objectiveness that the later painters celebrated.  This link is important to me.

I am enough of a romantic to desire to keep a reference to reality while playing with the wonderful things that can happen with the freedom of moving paint with minimal restraint of “likeness.”

This series allows me to make my own “Turner” paintings and place them in a museum context where reality is moving the painting, storing it, hanging it, studying it, and then reacting to Turner's color and brushwork. 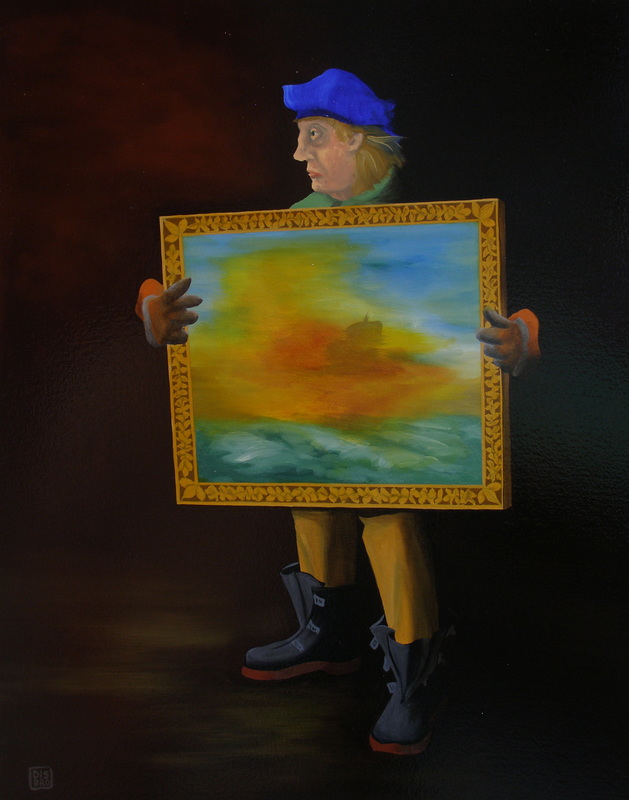 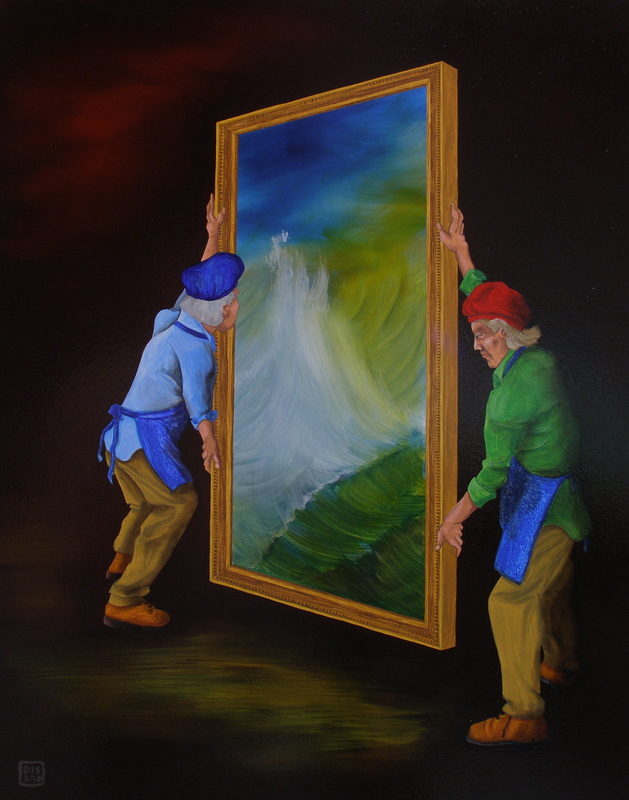 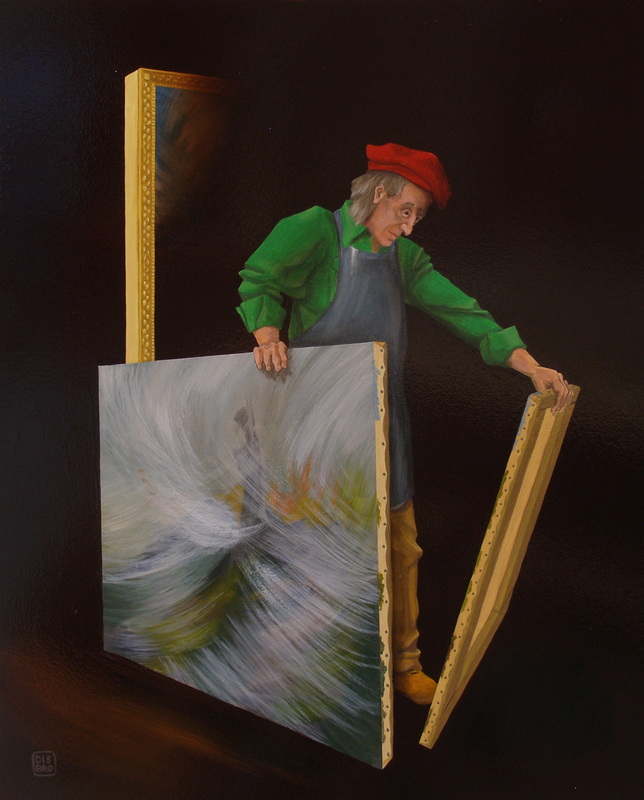 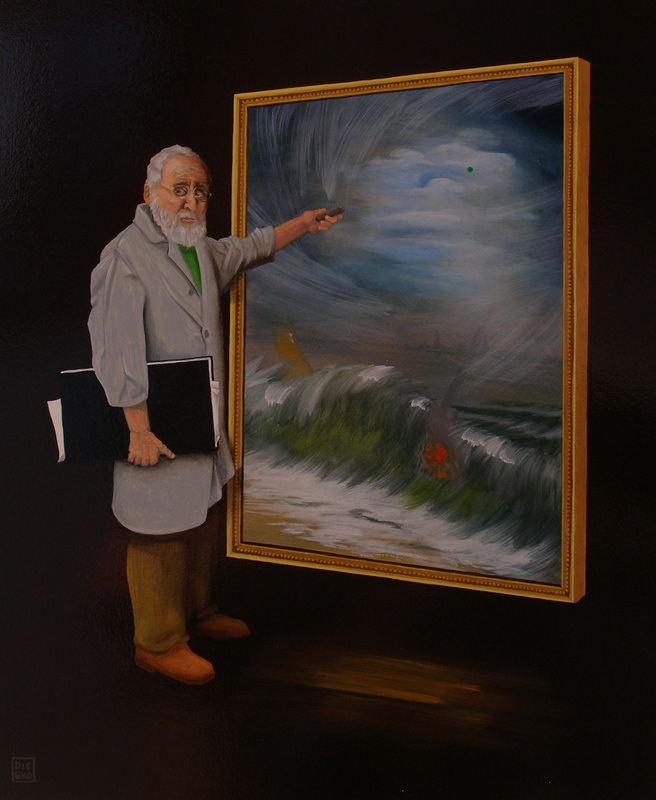 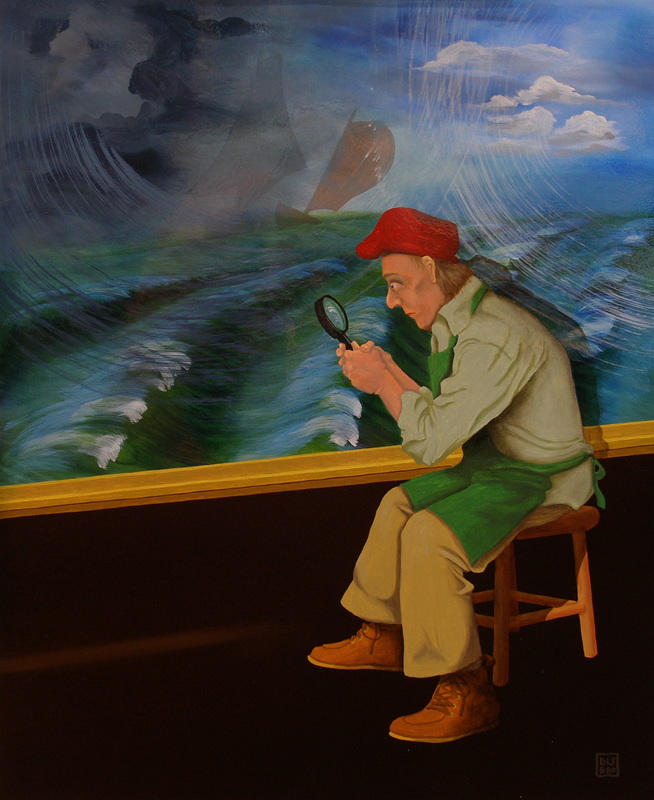 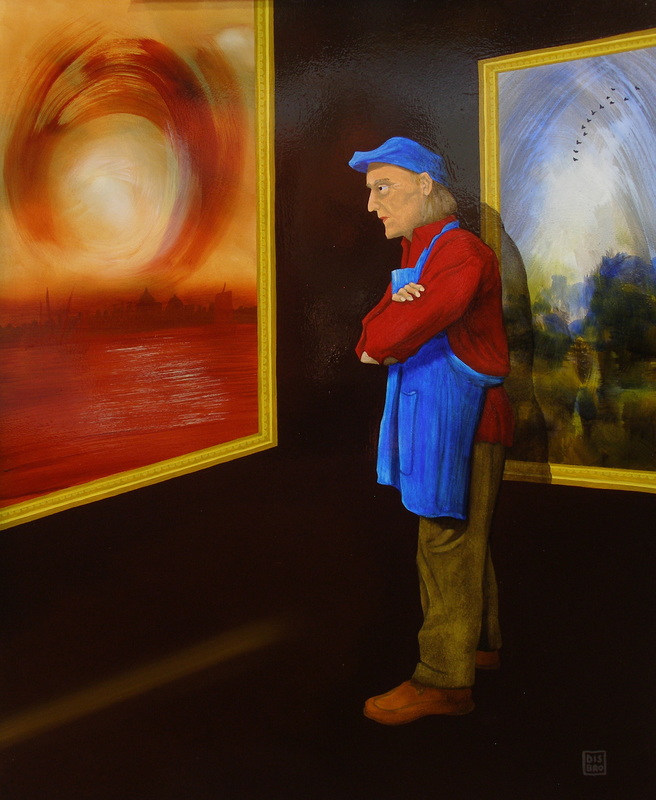 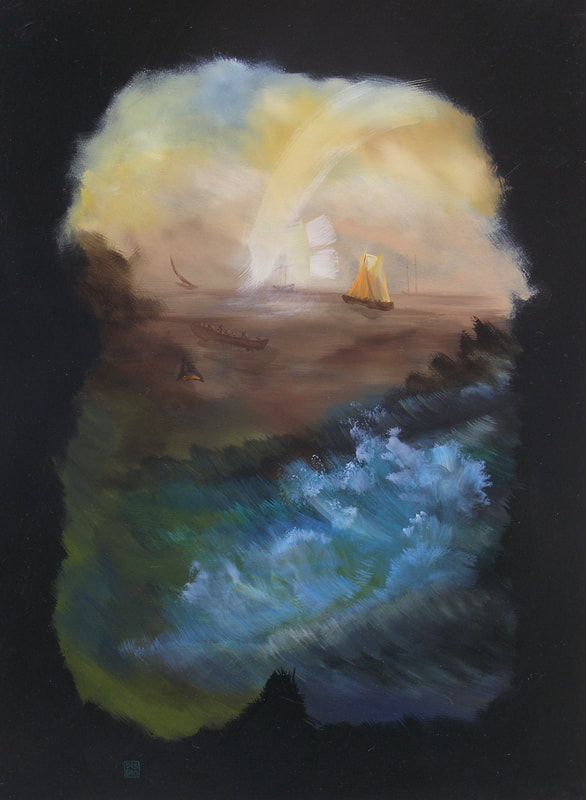