After  early retirement in 2002 I experimented with various media 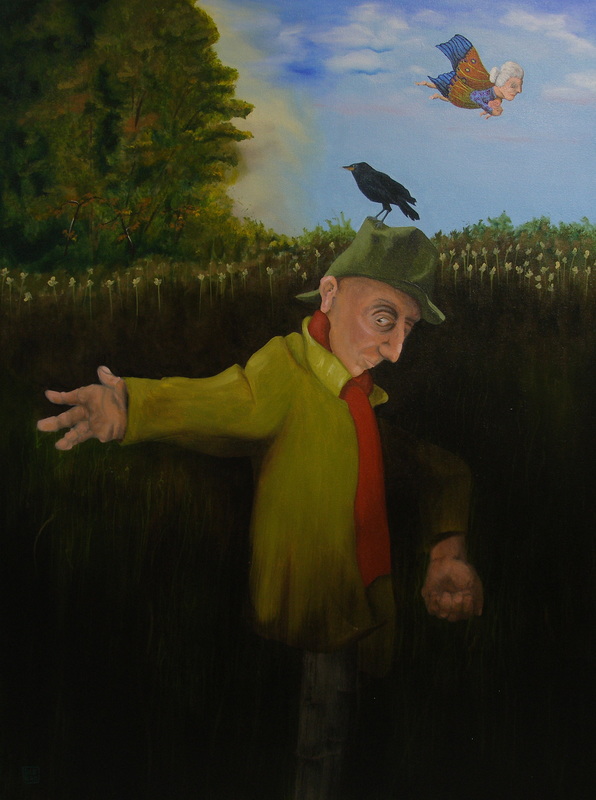 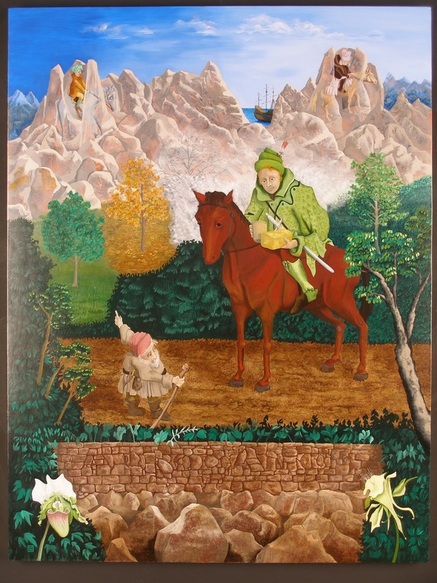 The Water of Life, alkyd oil on panel, 42” x 32”, 2002
This is a very complicated classic story involving three sons of the king who is dying.  Sons are told of “water of life” that will save the king.  First son (eldest) goes on the journey to get the water and meets a dwarf on the road and with great arrogance curses the dwarf to get off the road.  The dwarf turns the son into stone and places him on a mountain.  When the son doesn’t return the second son starts his journey to find the water but this arrogant son found the same dwarf, treated him the same, and received the same results as the first son.  The third son then begins a journey to find the water, meets the dwarf and befriends him, learns of the complicated process to retrieve the magic water and begins his task.  The sword, bread and water are all hard won ingredients that are used in this tale as the third son gets the water and saves his two brothers while saving a kingdom at war on the journey home.  On the trip home the eldest brother replaces the water-of-life with sea water so that when the third son gives the king water it makes him sick and the elder son with the water-of-life saves him.  The father-king orders the youngest son to be executed while praising the other two.  The executioner takes his charge into the woods and tells him to leave and never return but when the executioner returns to the castle it is being visited by the victorious king that the youngest son had saved and he tells all of the great deeds of the heroious young son.  The father-king realizes his error and is told that the son was not killed while the other two brothers flee the kingdom and are last seen in a ship leaving harbor.  Dr. Chinen writes many pages of symbolism in this comlex tale of advice for those on the path to greater wisdom through self-confrontation, self-transcendence and the emancipation of society.

Go I Know not Wither, alkyd oil on panel, 42” x 32”, 2003
The second painting illustrating an Elder Tale that is even more complicated.  I spent four to six months painting each of these two pieces and  realized I needed to find a way to work faster that involved more physical manipulation than just painting - and began to work in collage again.  The hidden letters in the green foliage read: LISTEN. (Yes, it's difficult to see in the image this size.) 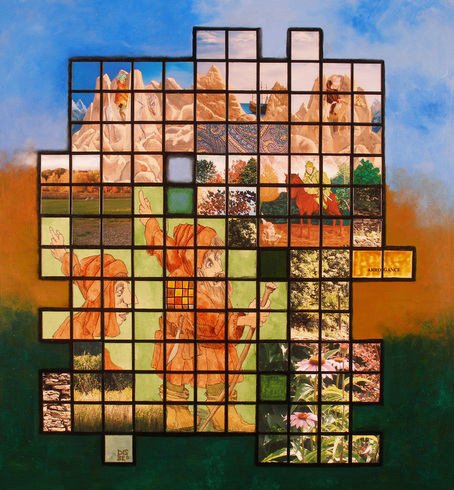 Set in Stone, modular collage on panel, 18” x 16”, 2006
I did a series of modular (one inch squares) collage made of drawings, paintings and photographs I had created.  Some of these collages contain pieces of photographs of my own work.  The wood panels were sized to Jan Van Eyck's ratio for a visual square. 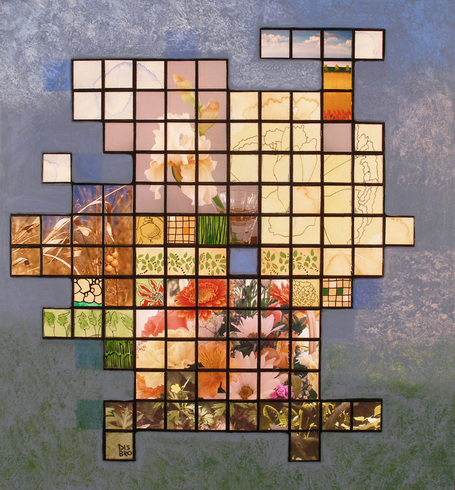 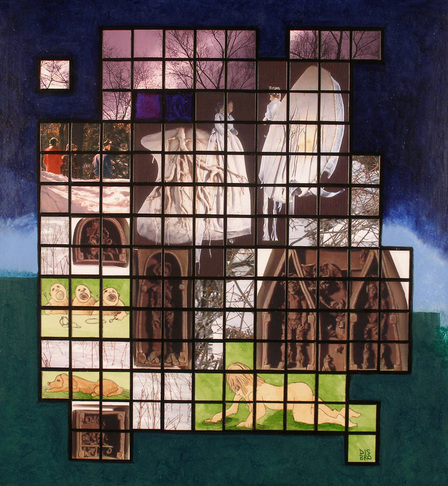 Domestic Admonition, modular collage on panel, 18” x 16”, 2006
This piece has has photo references to earlier work in a dark earthenware clay body and also two pieces from the series that Andrea and created together turning porcelain dolls into sculpture.  Those doll/sculpture pieces were about eight feet tall on those steel stands. 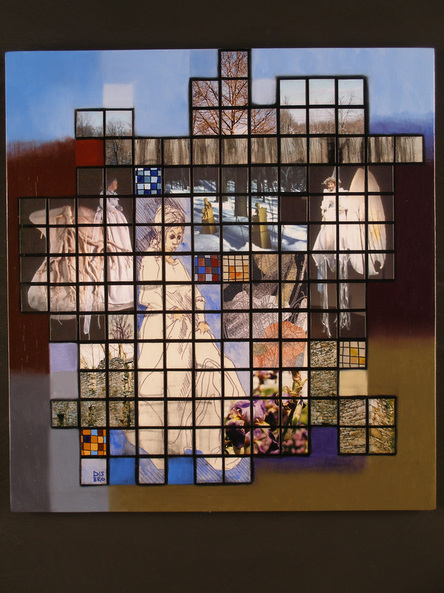 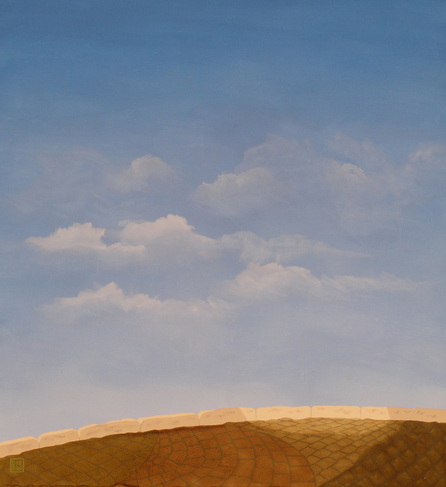 Solitude, alkyd oil on panel, 18” x 16”, 2005
These pieces were a return to painting but on the same panels and size as the modular collages.  I would vacillate between collage and painting, not having worked out a method of working that would really permit both to be effective. 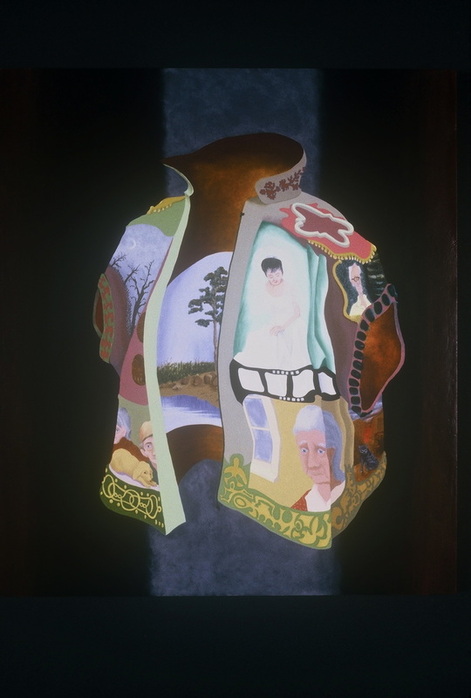 Judgment Jacket, oil on panel, 30” x 24”, 1999
A painting before retirement that references my relatives and my daughter's wedding.